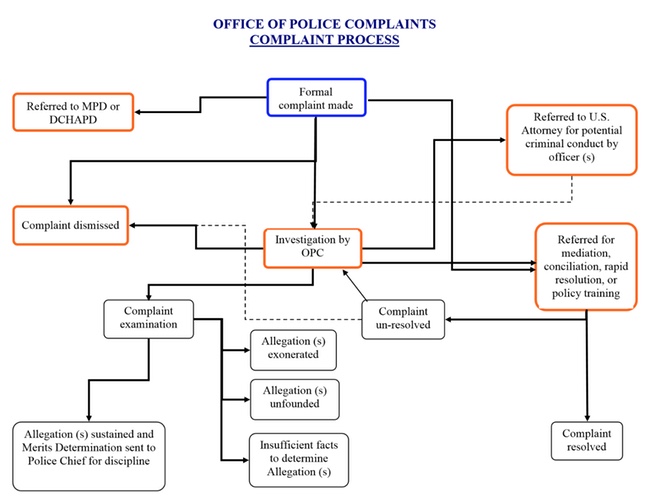 In addition, OPC’s three principal methods of resolving complaints – dismissal, mediation, and complaint examination – are discussed in more detail below:

Following information is needed if possible:

If you are injured as a result of alleged police officer misconduct, seek immediate medical attention and try to have your injuries photographed. Preserving evidence of your injuries is an important part of your complaint.

After the Complaint is Made