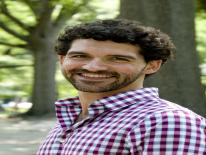 Paul Ashton, appointed chair of the PCB on October 4, 2016, is the Director of Organizational Impact for the Justice Policy Institute (JPI), a national nonprofit dedicated to criminal justice reform. As Director of Organizational Impact, Mr. Ashton manages JPl's organizational operations and fundraising. He has authored several publications at JPI, including: Gaming the System; Rethinking the Blues; Moving Toward a Public Safety Paradigm; The Education of D.C.; and Fostering Change.

Prior to joining JPI, Mr. Ashton spent time conducting research examining intimate partner violence in the LGBTQ community and served as a sexual assault victim advocate at the University of Delaware. He is an active member in the Washington D.C. community, having served on the Young Donors Committee for SMYAL, an LGBTQ youth serving organization, and on the Board of Directors of Rainbow Response Coalition, a grassroots advocacy organization working to address LGBTQ intimate partner violence.

Mr. Ashton received his bachelor's degree in Criminology from The Ohio State University, a master's degree in Criminology from the University of Delaware, and completed an Executive Program in Social Impact Strategy from the University of Pennsylvania. He was appointed by Mayor Vince C. Gray and confirmed by the Council in October 2014, and sworn in on December 22, 2014. Mr. Ashton was re-nominated by Mayor Muriel Bowser and appointed on December 18, 2018 for a new term ending January 12, 2022.