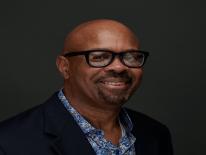 Earl Fowlkes, Jr. is the President, CEO, and Founder of the Center for Black Equity (CBE), a non-profit organization dedicated to improving the lives of Black LGBTQ+ people worldwide. In this role, Mr. Fowlkes oversees the membership of 35 Black LGBT Prides in the United States, Canada, South Africa, and the United Kingdom and managed federal, state, and local grants.

Prior to his leadership at CBE, Mr. Fowlkes served as the Executive Director to the D.C. Comprehensive AIDS Resources and Education (“DC CARE”) Consortium, which supports the HIV/AIDS continuum of care in the District of Columbia. He has more than 25 years of experience related to HIV/AIDS prevention and advocacy.

Mr. Fowlkes has been politically active in Washington, D.C. for over two decades. He currently serves as the president of the Gertrude Stein Democratic Club, chair of the Democratic National Committee’s LGBT Caucus and chair of the Mayor’s LGBT Advisory Board. Mr. Fowlkes is also a member of the Washington AIDS Partnership Steering Committee and has served on several task forces and boards related to racial, gender, and sexual equity and HIV/AIDS prevention.

Mr. Fowlkes received his bachelor’s degree in History from Rutgers University and a master’s degree in Social Work from City College of New York. He was appointed by Mayor Muriel Bowser on March 2, 2021 and confirmed by the Council for a term ending January 12, 2024.